Smallholder farmers learn how to produce bio-pesticides to control threats to crops.

Training on the bio-pesticides production from briquettes ash and tithonia

We need your efforts to support responsible food production, processing and consumption. We are committed to building the resilience of communities most vulnerable to climate change.

The soil food web is the community of organisms living all or part of their lives in the soil. It describes a complex living system in the soil and how it interacts with the environment, plants, and animals. Food webs describe the transfer of energy between species in an ecosystem. 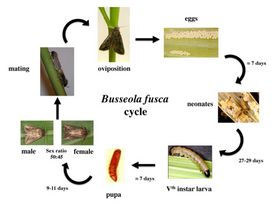 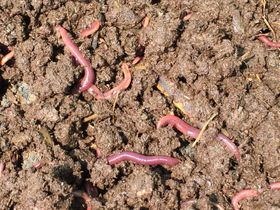 Vegetables are heavy feeders, they need nitrogen when they are growing the vines and potash as they come into flower. So a compost based on cow dung or poultry is good for that, but make sure you add a lot of carbon to the heap as you make it... leaves, dry grasses etc. You may also soak urine into dry high carbon matter. Make Biochar for this as it adsorbs ammonia really effectively so you really don't get a smell. Biochar is simply charcoal made at a high temperature (550 deg c), the key is all the volatile oils and tars have been driven off and combusted leaving behind a pure carbon residue. It should tinkle almost like glass if you have made it well. You can actually crush this and feed it to chickens, and if you can gather their droppings you will have bio-inoculated soil improver ready to go, or soak it in a compost tea for a couple of days before you use it. Potash is of course available in wood ash, there are plants that will hyper accumulate potash also. Integrated Pest Management – IPM, builds an ecosystem that favours vegetables. If you are getting aphids or other sap sucking bugs then you can paint them with a flour and chili mix, many remedies. But more importantly deliberately create habitat and add plants and trees to encourage birds, bats, lizards etc, those things that eat insects in large quantities. This will improve phosphate cycling also. Look into seed saving from vegetables, they are one of the easier plants to save seed from. Keep varieties apart so they don't cross. The key hole bed also encourages continual feeding with food scraps and grey water from washing pots, this helps create behaviours around valuing waste by providing locations for it to go to. 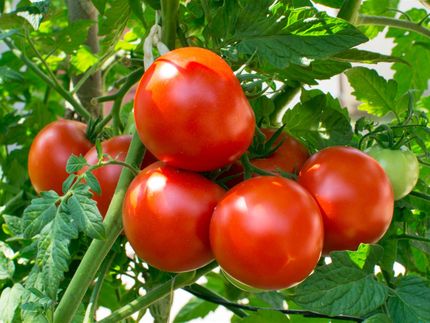 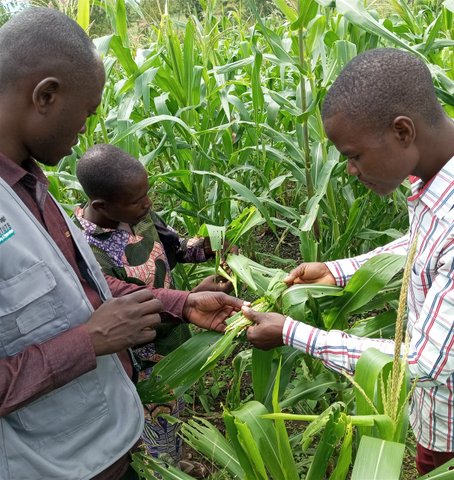 The inhabitants of this part of the territory exchange economic, social and cultural activities to the point of exchanging basic necessities including food and non-food items and others.

Kamanyola being a village with an agricultural vocation and rich in several agricultural potentialities, was and still remains among the grain villages of the province of South Kivu and other territories including Uvira, the city of Bukavu, etc.

Among the basic agricultural foodstuffs in the village of Kamanyola, maize constitutes a staple food. The same is true for the neighboring villages (Katogota, Luvungi, Luberizi, etc.) and the town and territory of Uvira. This crop improves the economy of small farmers and contributes to improving the nutritional situation of people, especially children and women (pregnant and breastfeeding women).

For some time now, the territories of Walungu and Uvira respectively in the villages of Kamanyola, Katogota, Luberizi, Sange, Runingu, Kiliba, etc. and even in other neighboring villages, maize which is one of the first rank staple foods beyond cassava and sweet potato, rice and legumes including beans, is experiencing a serious attack and is being devastated by the armyworm (Spodoptera frugiperda), which is a species of lepidoptera of the family Noctuidae.

According to the results of our surveys conducted in April 2022, this armyworm causes enormous damage to plants such as irregular leaf holes and rectangular lesions on the leaves in more than 85% of maize fields in Kamanyola and surrounding villages; leads to cries of alarm from local populations, especially farmers, of whom 77% are women; and the organization Nabahya Food Institute, which intervenes in the Ruzizi plain in food security by supporting beneficiaries with agricultural trainings, organic inputs, research to improve food systems, and technical support in the fight against the resurgence of diseases and pests.

The armyworm also causes damage to the economic stability of agricultural households, in the sense that there is a drop in production yield per hectare, this leads to lost investments, yet it is the main source of income for agricultural households and in the case of maize farmers of Kamanyola. This crisis causes many challenges include: non-payment of school fees for some children, especially girls; Household health is affected; Shortage of food and many other household needs are not met.

According to these field surveys in this year 2022, the effects of climate change (climate disturbance: insufficient rainfall); poor agricultural tillage practices (use of degenerated varieties, non-compliance with spacing, poor intercropping system, non-compliance with the agricultural calendar); Smallholder farmers are not supported by agricultural monitors due to the lack of resources; failure to build the capacity of monitors to monitor agricultural activities in the villages; the importation of seeds not certified by the National Seed Service (SENASEM), the Territorial Inspection of Fisheries, Agriculture and Livestock (ITAPEL), the rural development service and other services locally attached to the Ministry of Agriculture.

In order to help prevent this possible disaster and prevent cases of malnutrition in the village of Kamanyola in particular and other villages in the territories of Uvira and Walungu in general, Nabahya Food Institute is launching cries of alarm and campaigns to advocacy at different levels to prevent the food insecurity and the possible spread of these armyworms to other areas further.

It should be recalled here that the prices of staple foodstuffs are already experiencing a doubling or even tripling of prices because of this attack by armyworms, the severity of which is already over 85% in the fields and this situation continues to spread in other villages and on other crops such as beans, groundnuts which have already been victims of other diseases and pests for several years.

If nothing is done urgently, small farmers risk not harvesting this cropping season because of these ravages.

It should also be remembered that the COVID-19 phenomenon had a negative impact on the socio-economic situation of small farmers who lived off cross-border trade activities through socio-economic exchanges, including foodstuffs and other basic necessities vital for their survival.

NABAHYA FOOD INSTITUTE being an organization that encourages permaculture and regenerative agriculture; intends to distribute the bio-pesticide to stop the spread of this attack and organize training for these small farmers on sustainable farming practices, the production and use of compost and bio-pesticide as a way of control which can help today and the next cropping seasons. The training will gather 50 maize farmers with an area that varies between 25 to 50m2 as trainers of trainers (TOT).

These capacity building and training activities for agricultural farmers will be carried out in collaboration with ITAPEL, SENASEM through agricultural monitors and para-monitors to ensure sustainable agricultural practices.

Through the images below, and these video links, let's observe these armyworms in the corn fields in Kamanyola.