The Democratic Republic of Congo (DRC) has the highest number of species for almost all groups of organisms with the exception of plants, in which it is second only to South Africa. The DRC also harbours a number of spectacular endemic species like the okapi, Grauer's gorilla, bonobo and Congo peacock. It possesses over 50% of Africa's tropical forests. The Congo rainforest is known for its high levels of biodiversity, including more than 600 tree species and 10,000 animal species. Some of its most famous residents include forest elephants, gorillas, chimpanzees, okapi, leopards, hippos, and lions. Animals in the Kahuzi Biega National Park, do not communicate with those in the Itombwe national reserve. Thus, this project aims to create a forest corridor that will link the two national reserves by planting local trees on a large scale and transforming bare places and mountains of the Mitumba range into forests. The project will lease land, will plant and conserve local trees which not only will create a forest corridor, but also will combat soil erosion and climate change. In addition to maintaining the local climate and absorbing CO2, the planted trees will restore animal habitat and biodiversity, increase rainfall and agricultural production. 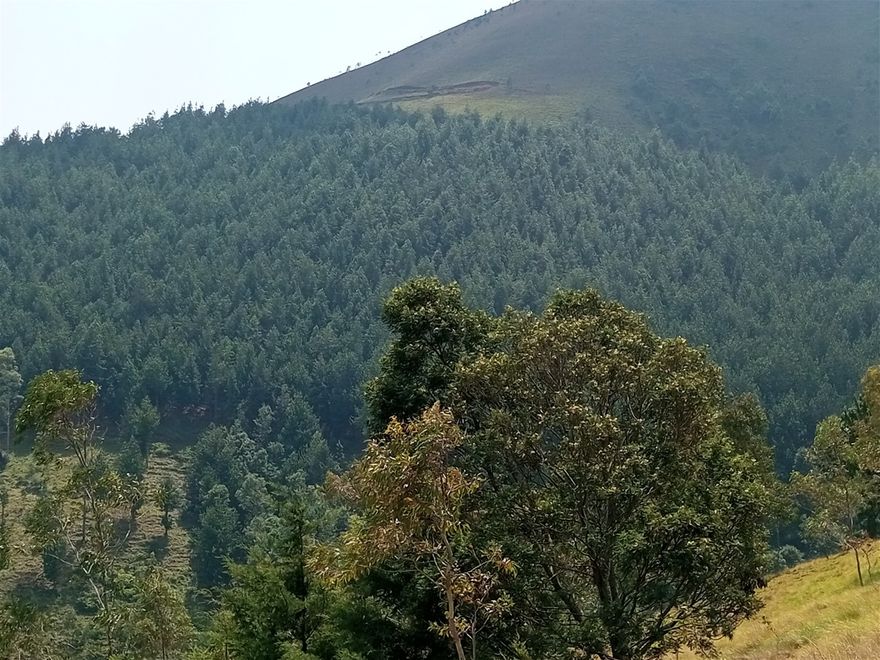 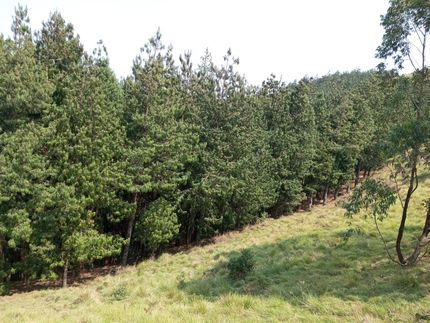 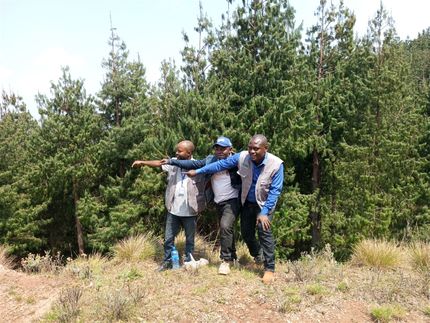 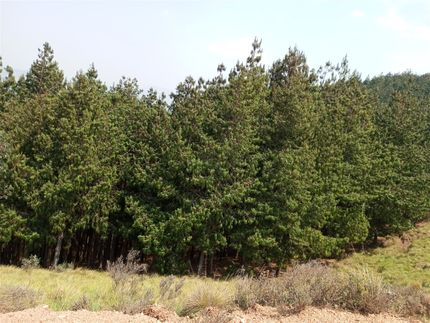 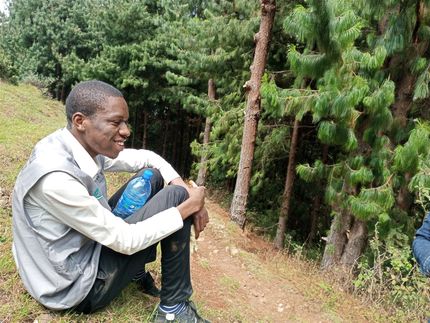 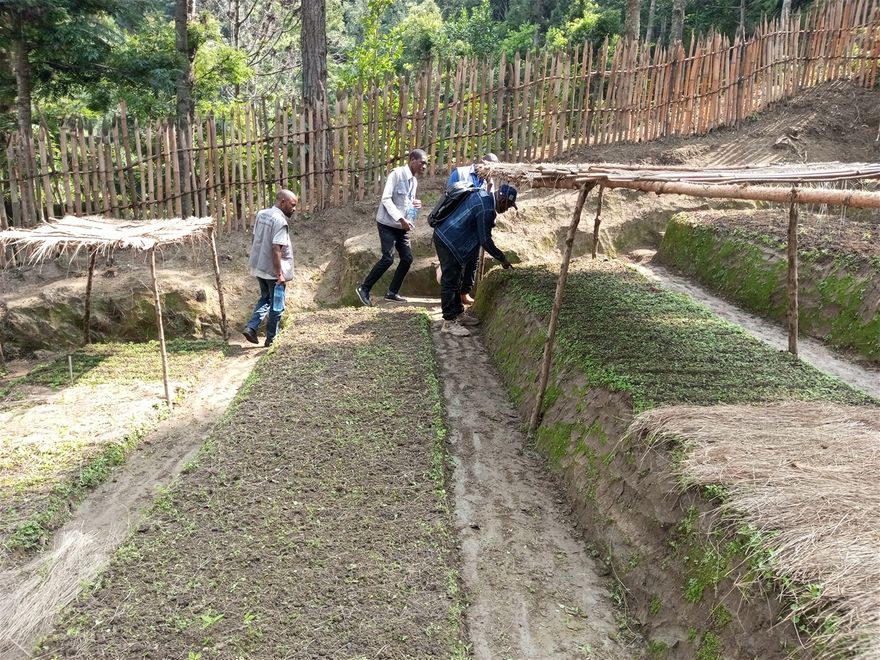 The Democratic Republic of Congo is a country with the most abundant water resources in Africa, the rainfall of an annual average of about 6,000 billion m3 is regular and abundant under an average of 1,545 mm / year but varies geographically from 800 mm to 1,800 mm depending on the season. The DR Congo also enjoys considerable autonomy in water, with 70% or 900 m3 / year of its natural renewable water resources estimated at 1,283 km3 / year from the different rainfall over the entire National Territory. The abundant water resources are intrinsically linked to its vast forests, which extend over more than 155.5 million hectares. The vast majority of the population of the Democratic Republic of Congo depends on sources supplied with water by dense forests (gallery forests and tropical forests) thus emphasizing the importance of forest ecosystem services for the supply in water for the benefit of local communities. However, the overall rate of deforestation at the national level perpetrated by the population itself remains relatively high, in all regions across the country, while reforestation initiatives are relatively low estimated at 0.2% / year. This phenomenon of deforestation has reached a high level today with cruising speed and directly threatens water sources by drying up and drought, and thus destroys animal habitat, makes the socio-economic life of local populations difficult, who can no longer harvest abundantly following the current adverse climatic conditions.

Plant trees is the solution to Climate change 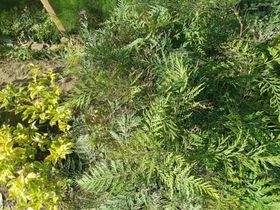 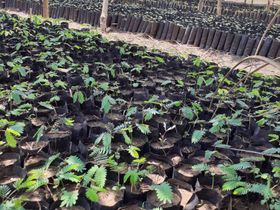 saplings to be planted in the Mitumba Mountain range. 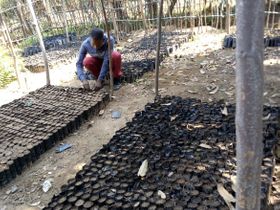 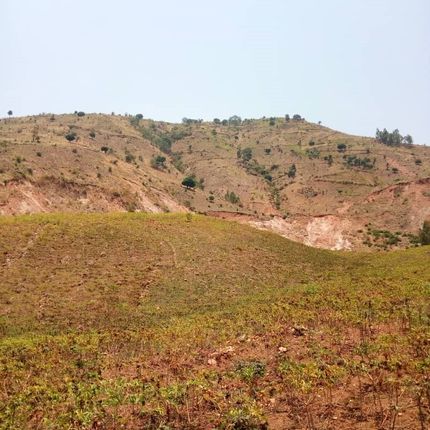 The Project builds sustainable communities in the Eastern Congo to plant local trees at a large scale system in bare places and mountains of Mitumba range that used to be animals’ habitat, but was destroyed during the recent civil wars in the Eastern of Congo. The project aims to tackle deforestation, groundwater overdraft, erosion, and adverse climate conditions by planting local trees. The project trains local leaders on the importance of trees and the tree-planting technics. Every community leader helps his population to understand the emergency of Earth regeneration and protection. Together with the local populations plant trees, maintain them and protect them from bushfire. We partner with the local Ministry of Environment for the training curriculum development. The planted trees maintain the local climate and absorb CO2, restore animals’ habitat and biodiversity, increase rainfall and food production. 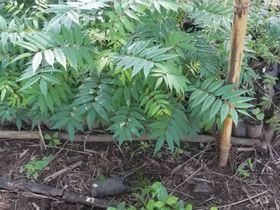 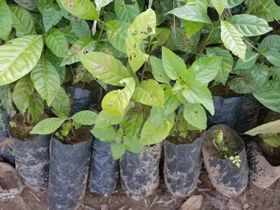 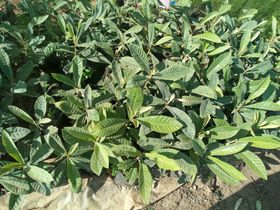 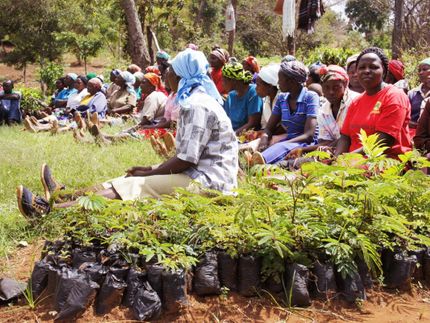 The Project engages the Community (individual and community engagement). It requires agreement to a set of rules developed and agreed to by the stakeholders themselves; it is facilitated by enabling policies such as ‘the right for individuals and communities to benefit from their work’ through legal harvest of the trees and tree products (fruit, honey, medicines).

We germinate fruit saplings for distribution to our farmer cooperative members in order to boost social, economic, and ecological benefit among local communities.

Support our work by making a donation